Second of all: Oh my god make these brownies for your mom and she will be happier with you than the day she birthed you.  This is not an exaggeration.

(Okay may a teeeeeny little exaggeration in the form of chocolate, but you should still make them for her!)

So my coworker knows I have a food blog and he gave me some of this amazing gourmet cocoa powder he had lying around and basically said “have at it,” so naturally I’m going to town.  There may be a plethora of chocolate posts on the horizon.  I’m guessing this is universally pleasing, and pleasing to the universe.

The cocoa itself, actually, is quite exciting. It’s called Pernigotti Cocoa and it’s the fancy stuff they sell at Williams Sonoma, but you can get it on Amazon for way cheaper (yay!). For this recipe I’d encourage you to invest in Pernigotti or another high quality cocoa powder.  In my opinion, average run-of-the-mill baking cocoa just won’t cut it in terms of flavor.. the higher quality chocolate gives the brownies a deeper and richer flavor versus the cheaper stuff which will give you more of a box-mixed type taste.

No one wants that.  Except your 5 year old, in which case, do what you will. 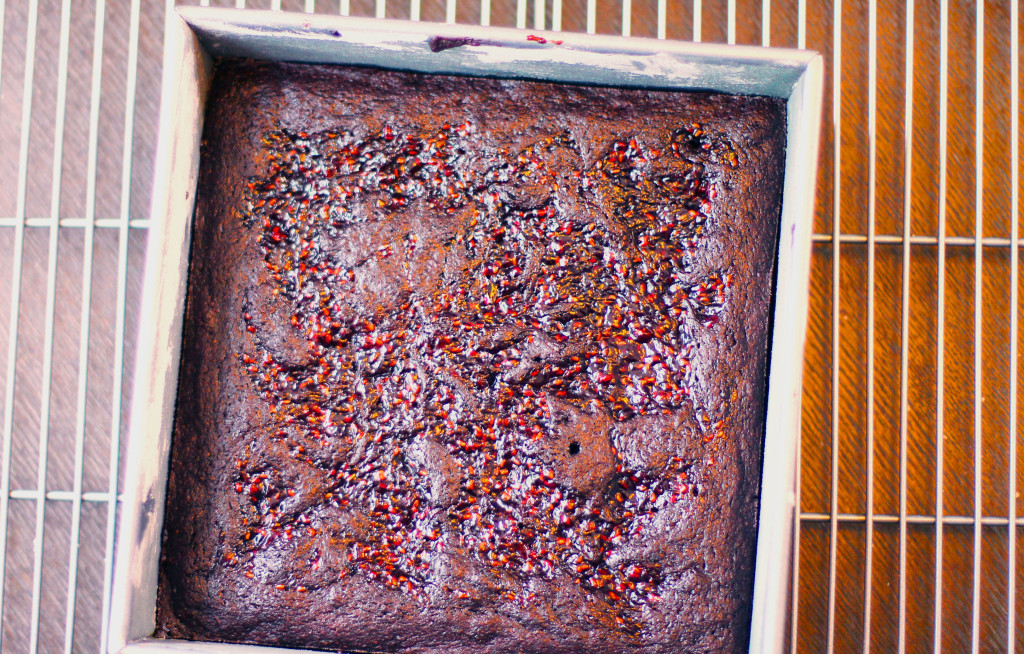 Speaking of cocoa!  My standard go-to brownie recipe calls for melted baking chocolate, rather than cocoa powder. However, I was reading on the interwebs that there is another version of how to make brownies using cocoa powder that results in a highly chocolately, chewy, almost candy-like brownie that people go absolutely nuts for.  So of course I had to try this technique.  And low and behold people, I made one of the most fantastic brownies known to man.  The edges are like candy- so chewy and perfect, and the innards are so rich and damp just like the perfect cake. (Yes I just made a Peter Pan reference and calling my own self out on it). 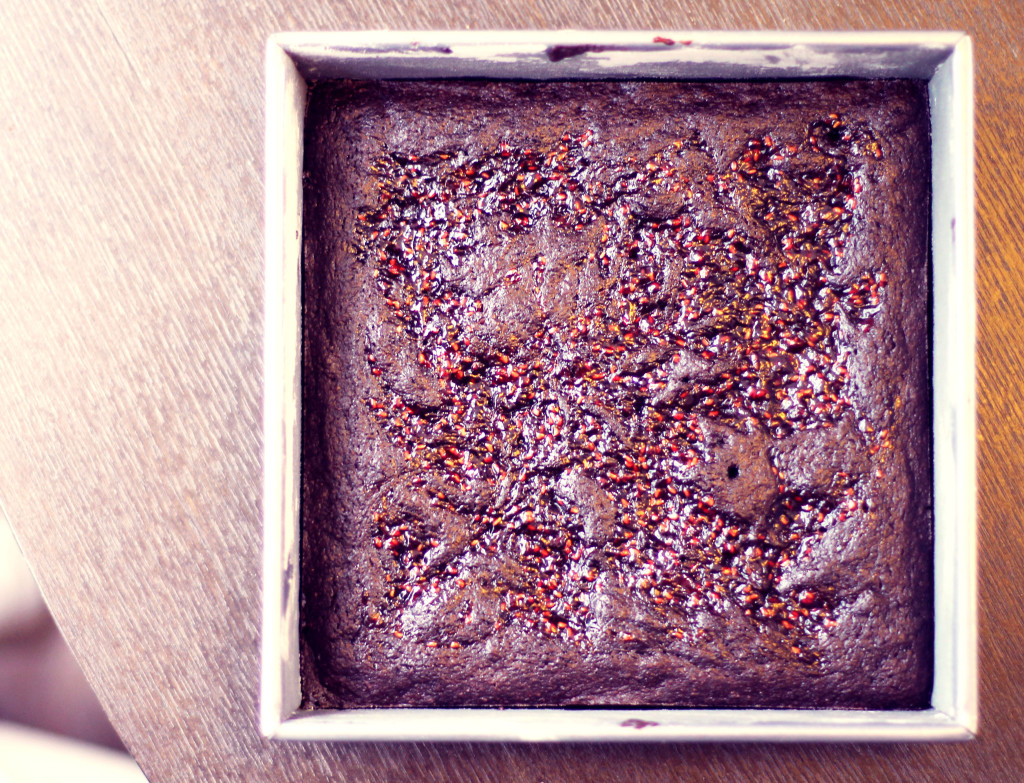 In fact, the only way these brownies could possibly be more fantastic than in their perfectly unadulterated purely cocoa-y state, is by the addition of raspberry jam topping.  Chocolate and raspberries is probably one of my favorite flavor combinations and I’ve been wanting to try it on brownies, for, like, forever. The only thing I think could make this even better is if you were committed to making your own raspberry topping.. making your own homemade jam or raspberry coulis.  Mmm.. but that’s not what my weekend had in store for me, so I stuck with the standard Trader Joes from-a-jar variety. 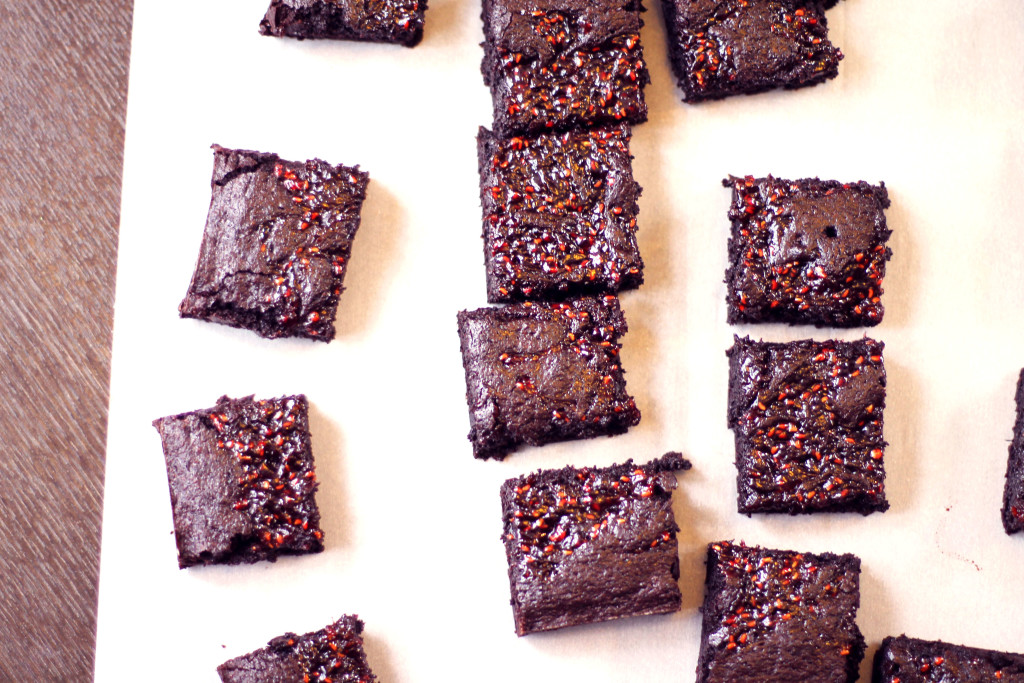 And it was still perfect. And I should probably just let the rest of the photos speak for themselves. Pardon my lack of precision in the slicing of the brownies category.  I was too eager. 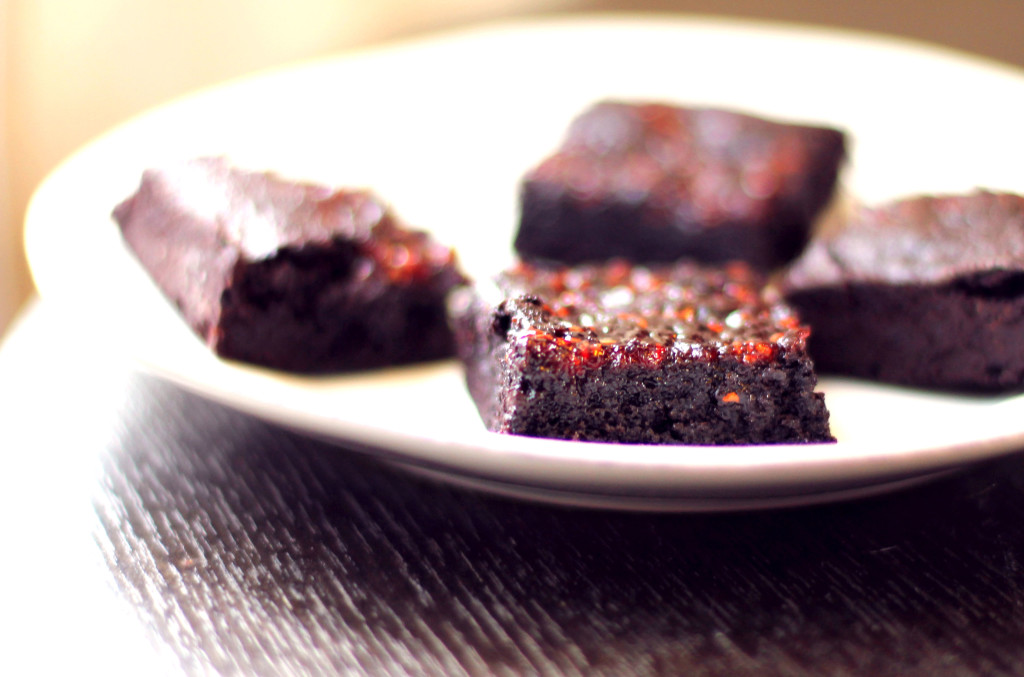 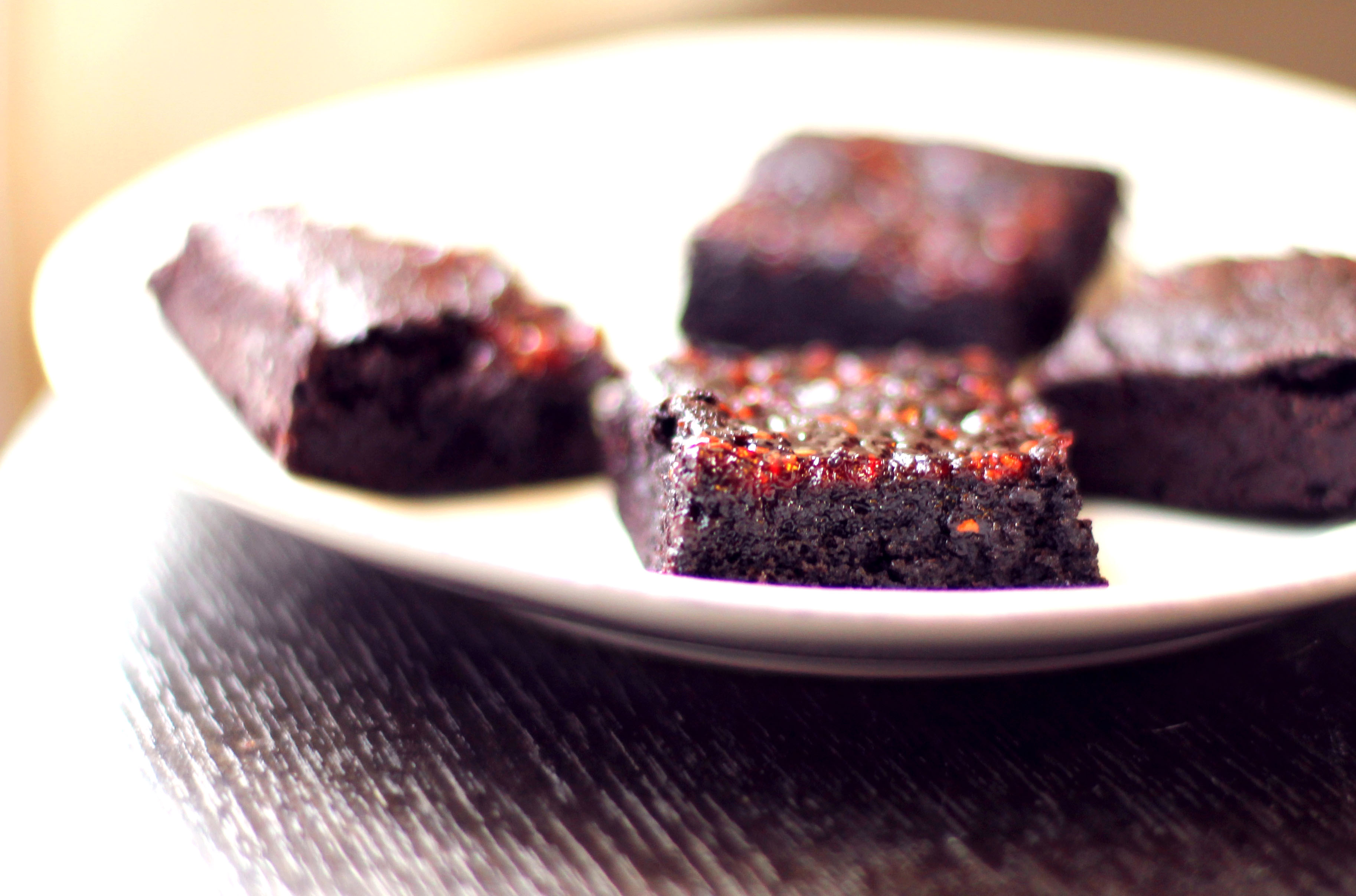 These do look so rich and dark and dreamy! Definitely the ideal brownie.

Yess ahh! Thanks for commenting Joanne 🙂

Unfortunately I’m already in a long term committed relationship with my brownies. I wonder if they would know if I cheated?