This recipe is another Moroccan dinner party item that I’m only now getting around to sharing.  Yes, I probably did make an excessive amount of food.  Yes, it was all amazing and worth it.

I profusely apologized to Dave, the dishwasher.

( Incidentally, you should get excited that another epic ethnic food dinner party is just around the corner.  I am trying to exercise menu-planning restraint.)

This recipe is something that I had never heard of until I started investigating Moroccan appetizer recipes.  This beautiful recipe for Chicken Pastillas by La Tartine Gourmande inspired my dish.

Chicken Pastillas (also know as Bastillas) are generally a celebratory dish served for special occasions in Morocco. Traditionally they are made with pigeons or squab.  It’s basically a meat pie that is part savory, part sweet, with nuts, raisins, and wrapped in phyllo-like dough.  It’s garnished with powdered sugar and cinnamon designs.  Historically, the pastilla is thought to be originally an Andalusian dish, brought back to Morocco by the Moors during the reconquest in the 15th century (ish).  It is now considered a Moroccan Classic.

Don’t let the lengthy recipe intimidate you.  It’s worth it. Hope you enjoy! 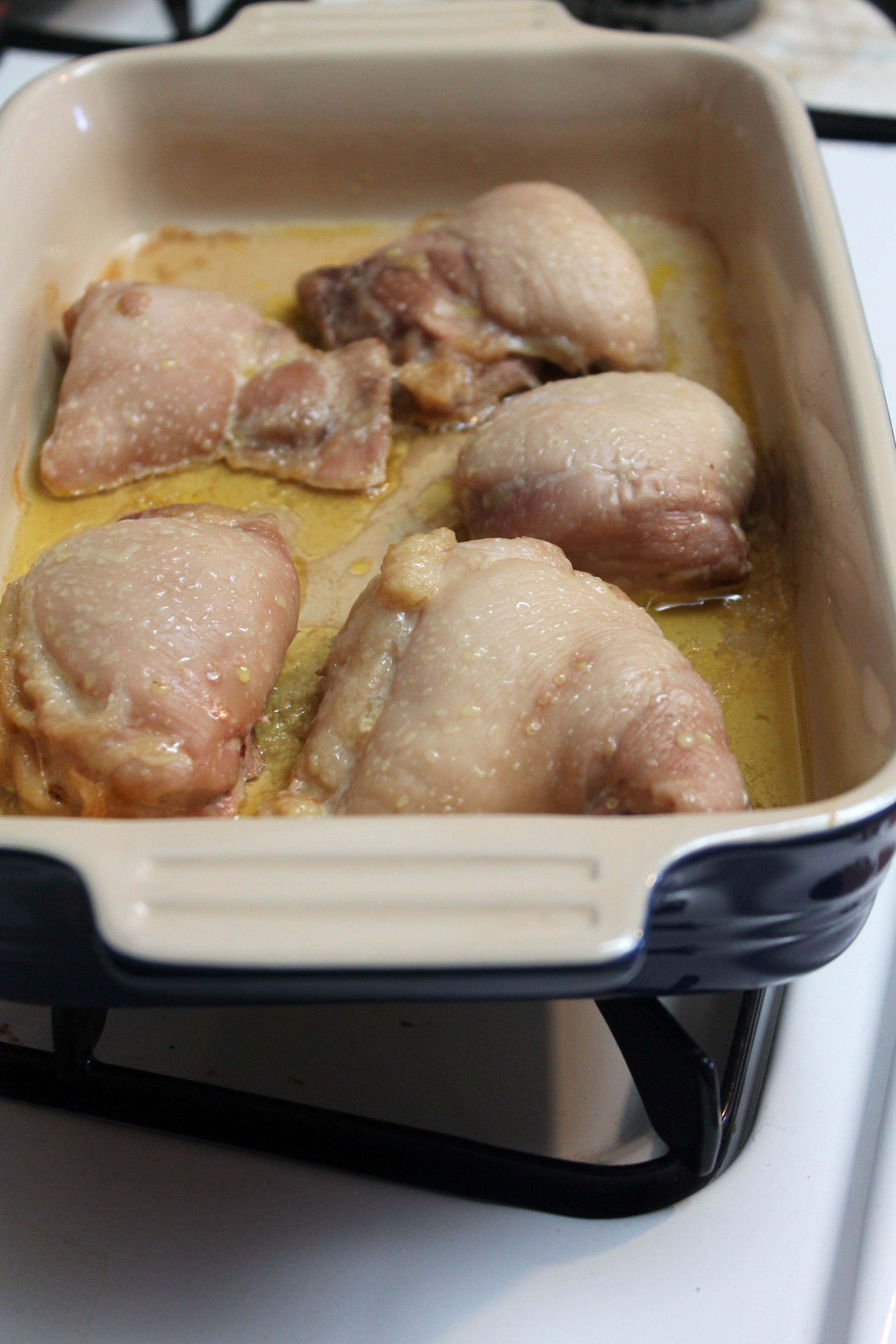 Prepping the ingredients- soak the raisins in hot boiling water so that they plump up before adding to the mixture.  The “brown stuff” is the paste of almonds, sugar, and cinnamon.  It’s basically like the Moroccan streusel topping. 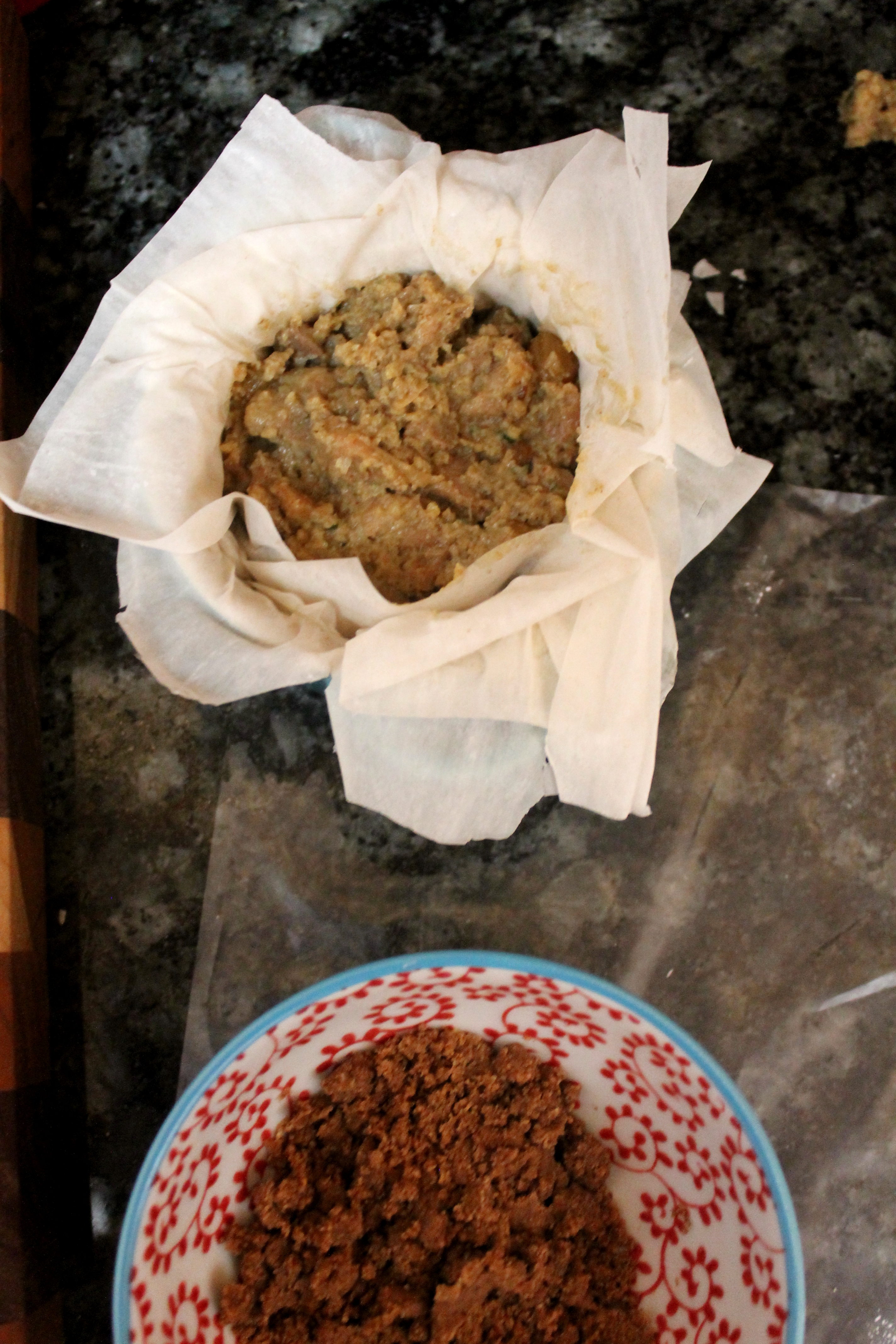 Fill the ramekins with phyllo and chicken.  Add the almond and sugar mixture ontop of the chicken before adding the phyllo to the top. 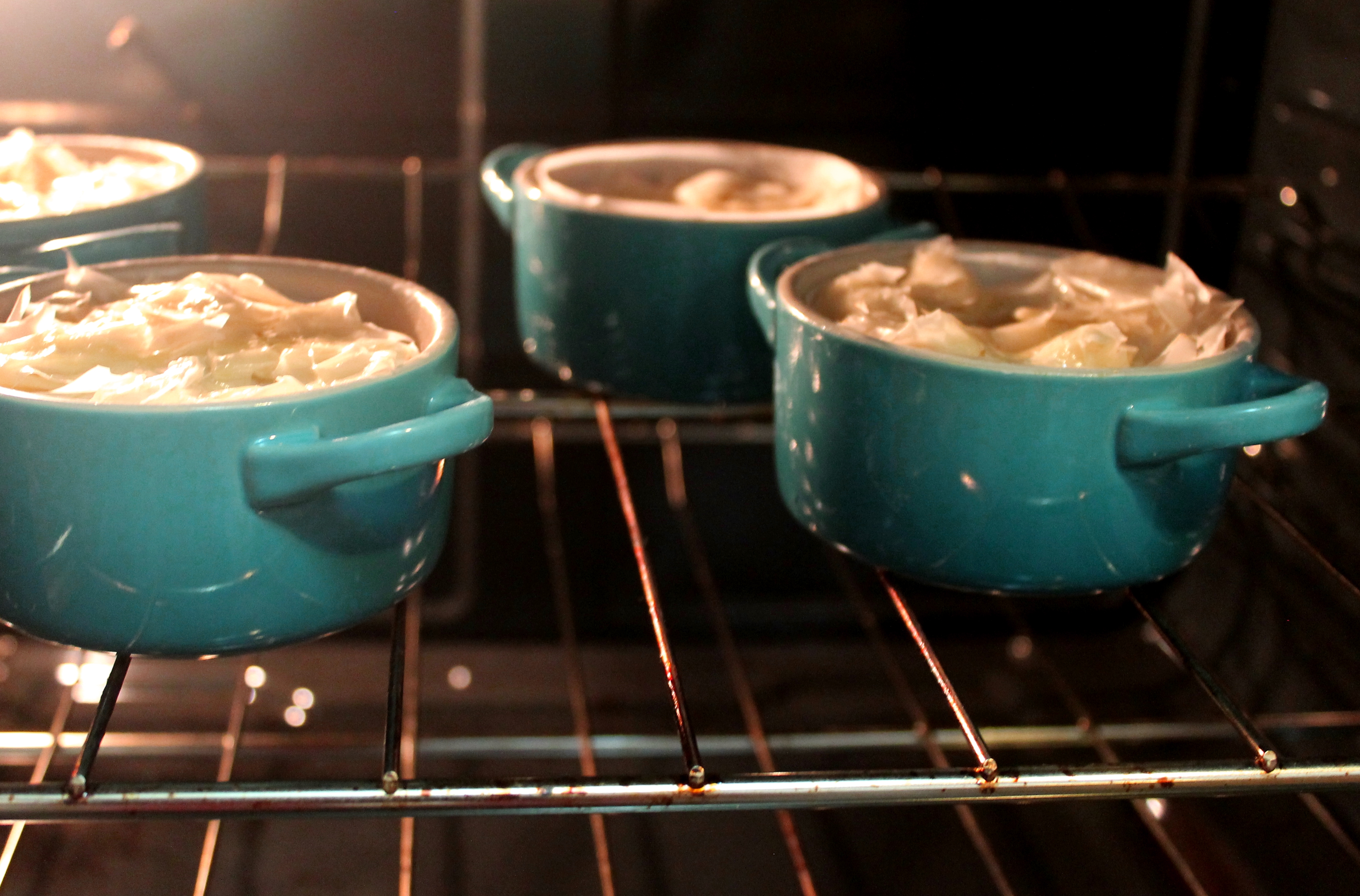 Look at these ramekins!  I love these guys.  Thanks Renee and Shelley 🙂 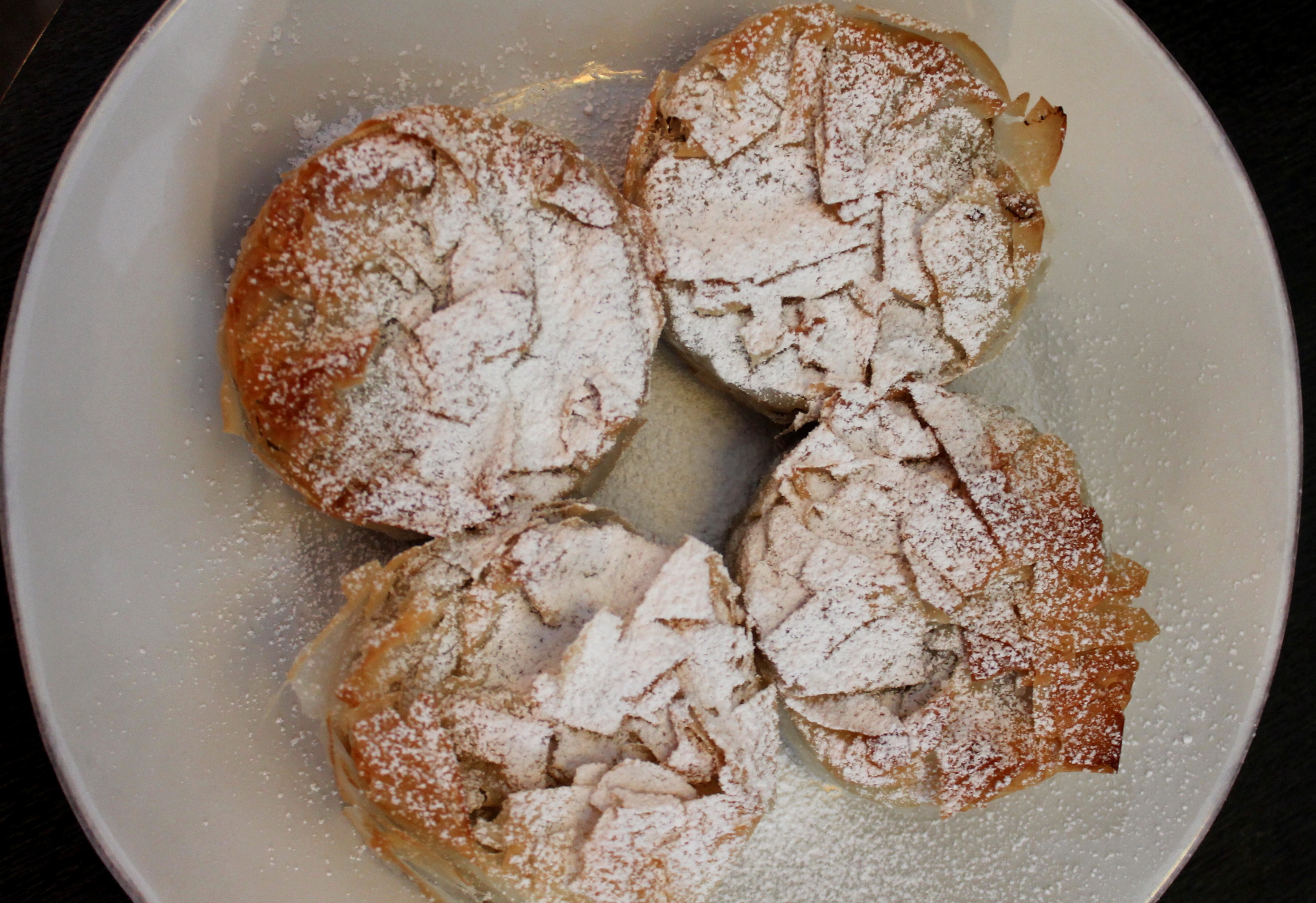 Look at those pretty little pastries 🙂  You can even decorate with sprinkled cinnamon for a traditionally Moroccan presentation. 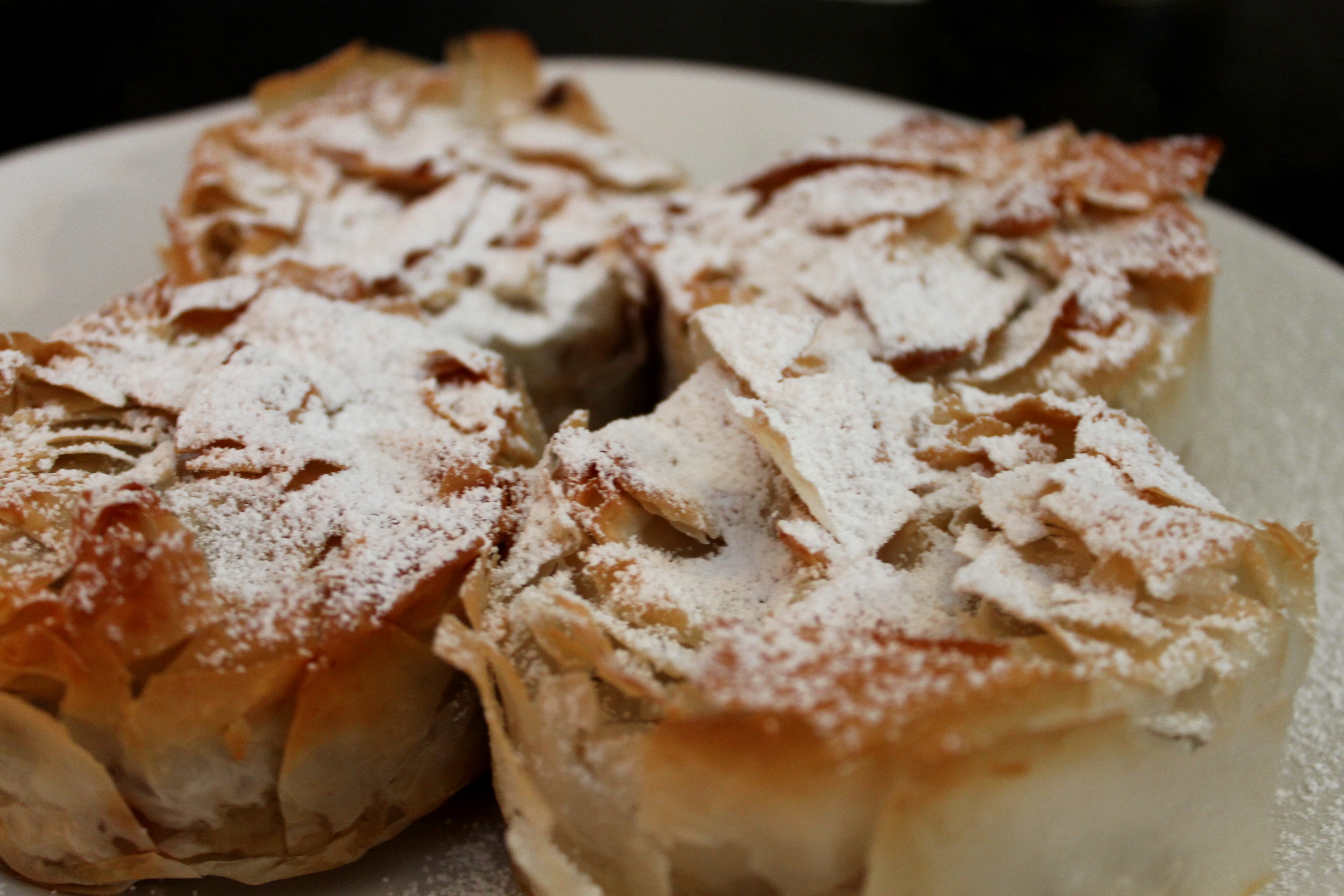 For the filling
For Topping:
For Wrapping: